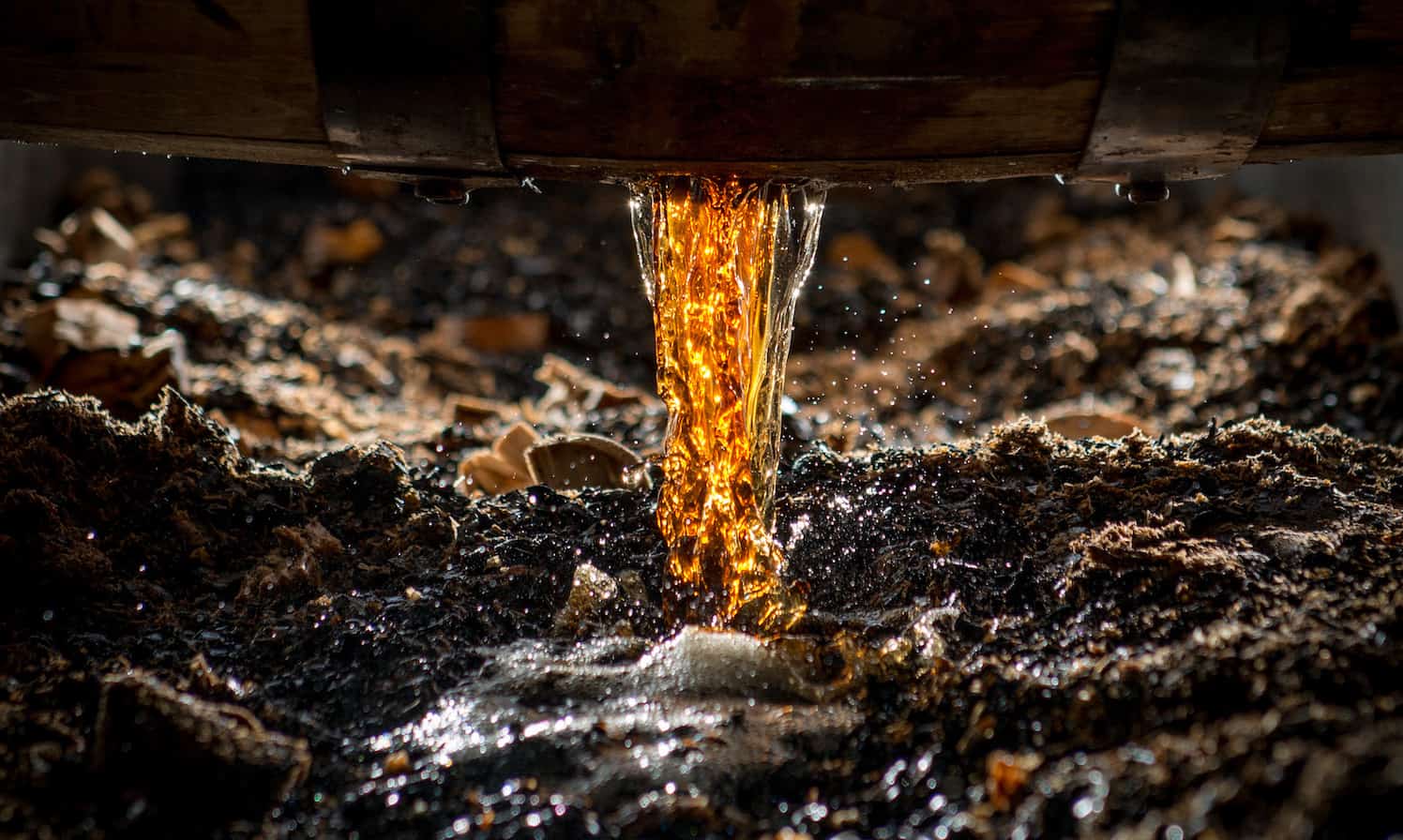 When it comes to making great Bourbon, five sources of flavor determine its future. Some argue six or seven, but really these five are the core. If you’re planning to take the next step into Bourbon, understanding how it’s made is crucial.

According to U.S. federal laws, Bourbon must be made from at least 51 percent corn. Most brands usually pack roughly 70 to 80 percent corn and are mixed with common secondary grains wheat, rye, and barley. There’s no law indicating that wheat, rye, and barley must be used as the small grains. If a distiller wanted to, he or she could use buckwheat, millet, oat, quinoa, rice, sorghum, spelt or triticale as the secondary grains in Bourbon.

It just so happens tradition and operations are set up for rye and wheat. Corn yields sweeter-tasting whiskeys, which is a major reason why Bourbon tastes sweeter than Scotch. But, when you add wheat to the mashbill, there’s an extra layer of sweetness. When rye is added, spice kicks in.

When the water is added to milled grain, it is cooked and fermented when it becomes a mash.

However, limestone filters out iron, sulfur and other impurities that are often found in surrounding states’ water sources.

The mash is then cooked and cooled and pumped into a fermenter.

In the fermenter, the mash is cooled down and yeast is added. The yeast feeds on the mash’s sugar, excreting carbon dioxide and creating alcohol.

Distillers use their own proprietary yeasts to influence their desired fermentation and flavor profiles.

Four Roses is the most open about its yeast strains. With five proprietary yeast strains, the bourbon brand is able to create 10 recipes. For example, the Four Roses “OBSF” recipe combines a mash bill of 60 percent corn, 35 percent rye and 5 percent malted barley with its “F” yeast, while the “OBSO” uses the exact same mash bill but with the “O” yeast.

Tasting the OBSF next to the OBSO shows how influential yeast can be. The F is more fruity than O, a very floral yeast.

After three to five days of sitting, gas bubbles popping and sugars converting to alcohol, the mash is now a rudimentary alcohol that’s essentially beer.

At what temperatures they cook, how long they ferment and what yeast they use offer great insights their flavors.

The mash is pumped into the still.

Every distiller has their secrets in distilling, and these traditions are fiercely followed generation after generation.

The law dictates Bourbon must come off the still at not more than 160 proof.

It then goes into the barrel.

The law states that Bourbon must be stored in “charred new oak containers.” It doesn’t specify an age requirement for “Bourbon” or the type of oak or container to be used. (Note: “straight bourbon” must be aged at least two years.)

With that said, the new charred oak barrel is where Bourbon derives its color and most of its flavor.

Foresters select tall straight oak trees, cut them into staves, and send them to a cooper, who will air or kiln season, toast, and char at various time measurements. The most common char is the char No. 4 or about 55 seconds, which makes the stave look like alligator skin.

Without a doubt, maturation is the most important process of making Bourbon.

As its aging, about 3 percent to 5 percent of the whiskey is lost to evaporation for what’s known as the “angel’s share.” But, what if a single stave was more porous than the others? It could leak and suddenly the barrel is losing up to 15 percent of its whiskey a year. That will greatly change the flavor.

It’s also a reminder of why I love buying single barrel Bourbons. No two barrels ever taste the same.