The Proof is Here®: Bourbon Pours Billions into Kentucky Economy

FRANKFORT, Ky. – Kentucky Bourbon is expanding its status as a premier signature industry, now pouring $9 billion into the Bluegrass economy every year and generating more than 22,500 jobs with $1.23 billion in payroll, Gov. Andy Beshear and legislative leaders announced today.

Distilling also contributes more than $285 million in local and state tax revenue and is in the middle of a massive $5.2 billion capital investment spree that is creating more good-paying jobs and opportunities for supply chain partners, farmers, communities and tourism than ever before.

“We all know that Kentucky crafts 95% of the world’s Bourbon, and 100% of the Bourbon worth drinking,” Gov. Beshear said. “But today’s news proves that our signature spirit is so much more, and the growth is simply staggering.

“Distilleries, jobs, wages, revenue and investment are up triple digits across the board in the last 12 years. In turn, this amber wave has spurred more corn production, barrel cooperages and other supply-side manufacturers that are sustaining families and adding vibrancy to local communities.

“I’m thrilled Team Kentucky is part of this growth and am glad to help move it forward for the decades to come,” Gov. Beshear said.

The news comes from the biennial report conducted by noted economist Dr. Paul Coomes and commissioned by the non-profit Kentucky Distillers’ Association trade group. This is the sixth report since 2009 that charts growth and challenges facing Bourbon and distilled spirits.

KDA President Eric Gregory said the study highlights how the industry has effectively transformed itself into a global and economic powerhouse over the past 12 years. “Leadership, partnership and a focused mission on working together and growing the pie,” he said.

That has included promoting Kentucky as the gold standard for distilling, research and responsibility; expanding the popular Kentucky Bourbon Trail® tourism attraction; welcoming and mentoring craft distillers as the next generation; and working with elected officials to modernize alcohol laws and remove barriers to growth.

“We’re thrilled that Bourbon is at an all-time high since the glorious Repeal of Prohibition, but we can’t let success or complacency curtail this strong momentum,” he said. “We have more jobs and distilleries than ever before, but we also have more competition from all 50 states.”

The study notes there are now more than 2,200 distilleries in the U.S. due to the booming craft movement. That has slashed Kentucky’s share of distilleries nationwide from 24% to 6%, and jobs from 43% to 30%. Ten states have more licensed distillery operations than Kentucky.

“Bourbon is a great investment for Kentucky, and this study proves that,” Gregory said. “But more than 2,000 distilleries have made the decision not to locate in Kentucky, despite our rich traditions and ready-made infrastructure.

“It is critical that distillers, partners and elected officials continue to work together to eliminate artificial and unnecessary barriers to growth. Doing so will attract more distillers and investment to the Commonwealth. Our economic future is in our hands.”

The study’s major highlights include:

At a press conference announcing the study’s results, Gregory praised legislative leaders for revolutionizing Kentucky’s archaic alcohol laws and in many cases, “just getting government out of the way so our business can flourish.”

Sens. Thayer and McGarvey in 2020 championed landmark legislation to make Kentucky a model for direct-to-consumer spirits shipping around the country. In 2016, Sen. Schickel’s historic Senate Bill 11 authorized cocktail sales at distilleries and led to a surge of robust, immersive tourism experiences and record attendance.

Stivers, one of the longest serving senate presidents in the country, said, “We’ve seen first-hand how simply removing a tax or an outdated law leads to more high-quality jobs and record investment levels in our signature spirit. We also understand other states are watching Kentucky and desperately want what is unique to the Commonwealth.

“Make no mistake, though, the only place to experience the authenticity of Bourbon is right here in Kentucky and we must maintain our distilling dominance. For all of these reasons, I strongly encourage my fellow members of the Senate to do our part to keep this momentum flowing.”

Rep. Osborne’s pro-business tenure has paved the way for multiple reforms and protections, including Rep. McCoy’s “vintage spirits” bill in 2017 to boost hospitality and tourism and Rep. Koenig’s repeated success with direct shipping legislation (2020 and 2021). Rep. Jenkins has helped pass many Bourbon-related bills in an overwhelmingly bipartisan fashion.

Speaker Osborne said, “Kentucky has everything a distiller needs to grow and thrive,

but we have some work to do in modernizing our tax code. Too often our laws restrict the free market when they could be spurring economic growth in all sectors. We are committed to this work and look forward to working with KDA and other stakeholders.

“It might take years to age a great Bourbon, but we can’t wait to leverage this momentum.

We must continue to press forward, build on the tremendous growth announced today, and attract more jobs and investment for the benefit of all Kentuckians.”

Ashli Watts, President & CEO of the Kentucky Chamber of Commerce, echoed legislative leaders, noting that distilling’s high spin-off factor leads to a stronger economy. “It’s clearer than ever that Bourbon is a great investment for the future of Kentucky,” she said.

Tax reform is one of the Chamber’s top priorities this legislative session, and Watts said that includes final relief from the discriminatory barrel tax. Kentucky remains the only place in the world that taxes aging barrels of spirits, making it harder to lure new distilleries to the state.

Even with the 2014 tax credit, the escalating number of barrels – and therefore taxes – now far outpaces the amount of credit that distillers can take. Some large distillers now realize only 30% of the credit.

By law, distillers are required to reinvest that credit back into their Kentucky facilities. Watts encouraged the legislature to make the credit refundable or transferrable, which would lead to more investment, more distillers in Kentucky and more jobs.

“With so many beneficiaries of Bourbon’s success, why would we keep barrel taxes in place and leave additional growth on the table?” she said. “One sure way to encourage job creation and investment is to eliminate the burdensome barrel tax that shackles distilling’s growth.”

Kevin Smith, Chairman of the KDA’s Board of Directors and Vice President of Bourbon Affairs at Beam Suntory, thanked the state’s leadership for their commitment to the distilling industry.

“We are grateful that lawmakers and the Governor recognize the vital role our industry plays in jobs, revenue and tourism. And we look forward to working with them to continue this record momentum for generations of Kentuckians to come,” Smith said.

“Working together, we are stronger. We are focused on the future and focused on creating a strong foundation that ensures Kentucky’s rightful place as the one, true and authentic home of Bourbon.”

For more information or to schedule a Zoom interview, contact Eric Gregory at eric@kybourbon.com.

The KDA is a non-profit trade association founded in 1880 to promote, protect and elevate Kentucky’s signature Bourbon and distilled spirits industry. Visit www.kybourbon.com and www.kybourbontrail.com to learn more. 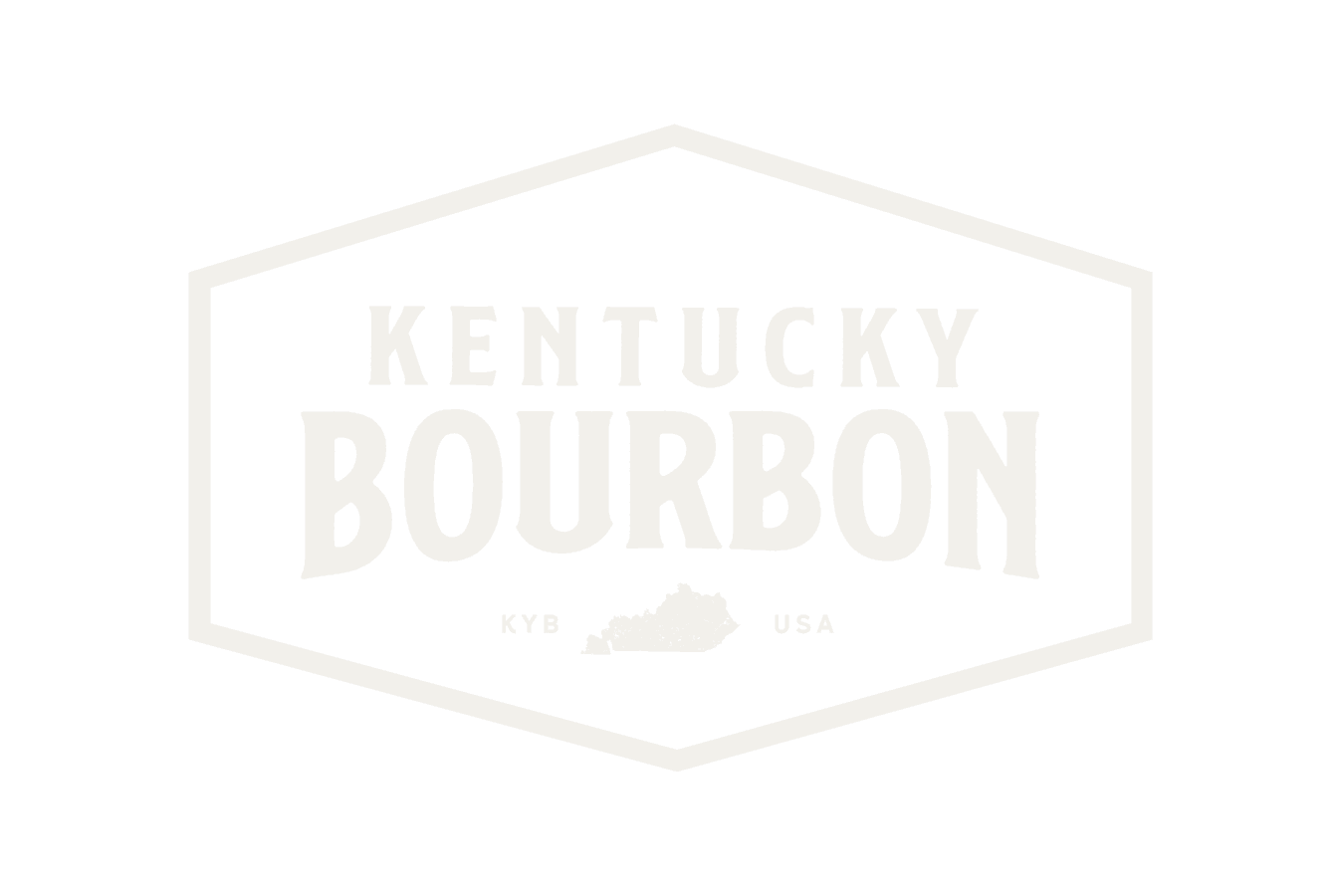 Kentucky Bourbon is perfectly aged. Are you?
Confirm that you’re over 21 years of age.
No Yes
Enjoy like a true Kentuckian: Responsibly.